When Emmaus College was formed, the (then) seniors hosted a collection of drama pieces at the Pilbeam Theatre, not knowing that they would start the journey of musical productions at the College for the next 38 years.
Originally started as mini skit performances at the Pilbeam Theatre, Cathy French encouraged a group of keen students to be involved for the first two years. The aim of creating these performances was to enrich drama and theatre at the college, whilst creating a social event for students across Rockhampton. This interest and response snowballed into the first full-length production, featuring over 100 students. The Pirates of Penzance was performed at the Pilbeam Theatre in 1985, over the span of two nights in August. The production was organised by staff, students and volunteers using props, materials and items from around the college to keep costs low.
Since then Emmaus College has produced a long list of productions. Emmaus College has helped to boost musical culture throughout the community by producing these performances and has given our students an opportunity to explore their singing, dance and drama abilities in a nurturing environment. For some students, the opportunity to perform on stage is a dream come true and for others, our productions have been the start of their professional career onstage or behind the scenes. 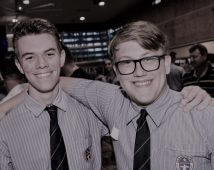 'Two schools in one' 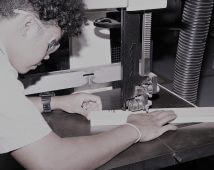 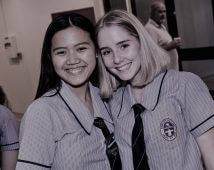 Connect with us
Back to Top

A co-educational Catholic college in the Diocese of Rockhampton